New research conducted by tails.com has discovered that many dog owners talk to their pets more than they talk to their partners. This is true of almost half of owners studied and almost as many stated that were more likely to share secrets with their dog than with anyone else! If you own a dog yourself, or indeed any pet, then this probably does not surprise you at all. 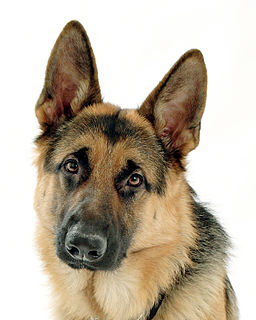 People Spend Less than 47 Minutes Talking to Their Partners

The study revealed that owners typically spend 47 minutes talking to their pet each day. Things don’t look good for human relationships if people are spending less than 47 minutes each day taking to their partners! Things sound even worse when you discover that 65% of dog owners feel that their dog is their best friend in the world.

Whilst the future of some dog owner’s marriages could be called into question, the study does show that our pets are fundamental to our happiness. Dogs can help us to feel better when were are down and that is good for our health. 81% of the owners studied reported that they felt happier after a chat with their dog and a similar proportion stated that they believed that their pet was always there for them.

Almost every dog owner questioned said that they viewed their dog as part of their family. It would appear that most people take more selfies of themselves with their dog than with other people.

The study has served to emphasis the deep connection between humans and their dogs. They lend credence to recent research which has suggested that pet ownership is fundamental to health and happiness in retirement. Many older people lose their partners and would be alone were it not for their pets.

The Future of Conversation

Could pets make us even happier if they could talk back? There can be few pet owners who haven’t wished that their pets could talk to them. This might have seemed like an impossible dream but is it?

Dr Ian Pearson, a futurologist, predicts that advances in electronics will enable our pets to speak to us by 2050. He believes that it’s entirely possible that we will use implanted devices to enhance the abilities of our pets and other animals. These might give them the ability to speak. Now that would be incredible! Although it could lead to a few arguments which would rather put a bomb through one of the major benefits of a chat with your pet!